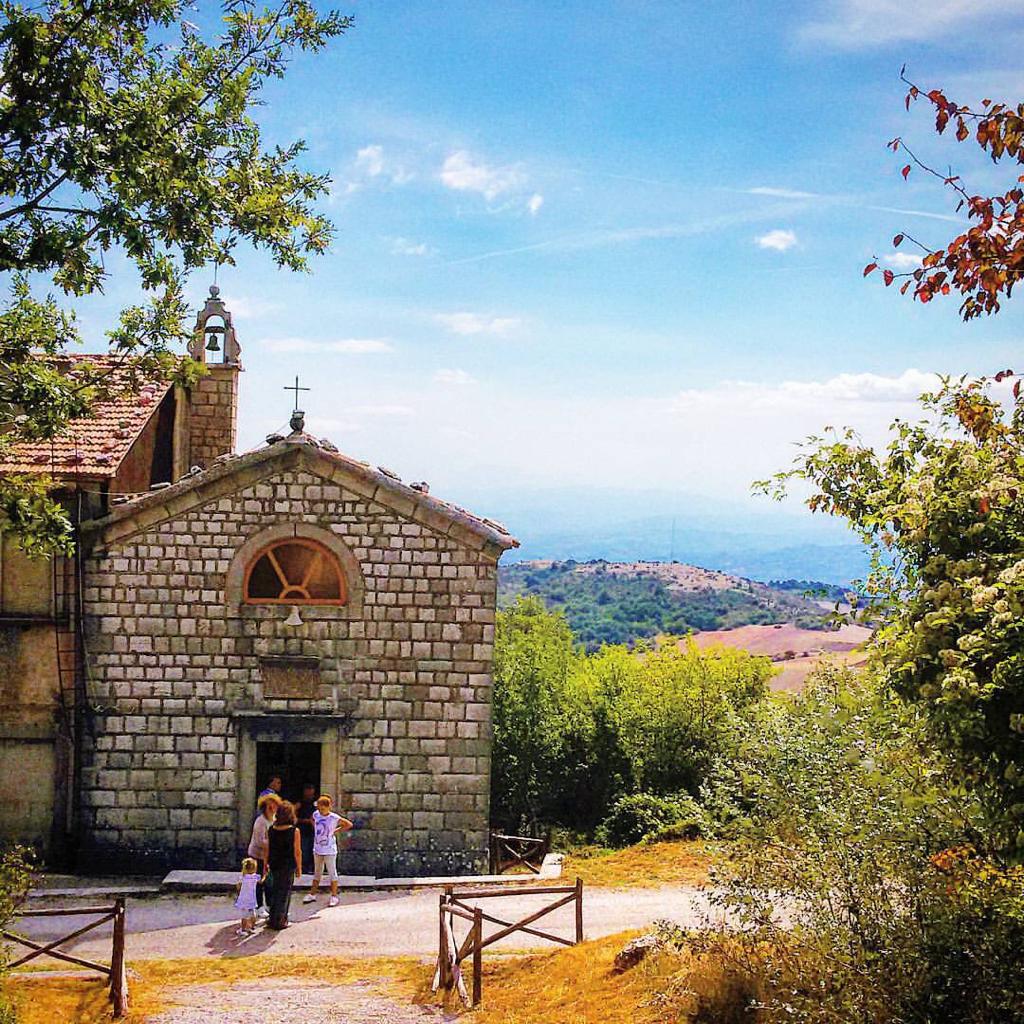 The Contrada Acqua del Campo is famous for a festival that has very ancient origins, called by the Pontelandolfesi the “Festa della Montagna”. This is the festival celebrated in honor of the Madonna degli Angeli every second Sunday in September in the small mountain chapel dedicated to Saint Michael the Archangel and built around 1860. Around these places of unspoiled beauty, stories and legends are interwoven narrated by grandparents to grandchildren and handed down to the present day. Among these is a story in which, the transparency of the crystalline waters of the Alente stream, is colored with the red of wine in a symbolic fusion between innocence and passion.
It is said that around 1861 some brigands hid in the mountains of Pontelandolfo, camped in the caves near the source that feeds the Alente stream.

One of these brigands was engaged to a girl from the Acqua del Campo district called Imper ’, to whom he had given a ring as a sign of his love. The story has it that the girl, from when she was a child, used to spend her days tending sheep with her friend and playmate called Pietro “Cianfrone” from the homonymous district from which she came, who to make a joke of her he hid her ring. That evening the girl, pressed by the beau who asked her where the ring was, recklessly replied that Pietro Cianfrone had hidden it from her. The brigand considered this joke among boys, as a personal affront and, the next day, with a group of 40 men on horseback, he went to Pietro’s house, ransacking the “Casino” and overturning the grain and the barrels of wine stored in the cellar. A wine of a dark red coming from the vineyards perched between the steep terrain of the mountains of Pontelandolfo which lent itself ill to be cultivated and which, inexplicably, also prospered. The red wine that dripped from the destroyed barrels began to flow downstream merging with the stream Alente which suddenly turned red. Pietro, who was a particularly slender boy, managed to save himself by hiding under the “facetora”, a rectangular wooden container where bread was piled. The day after the ring was found, the brigand’s impetus subsided, but the friendship between the girl and her childhood companion was never strengthened again.