The denomination desired for this place recovered in history is derived from the presence in the past of the Parish Church of San Pietro which was located in the highest part of the current square.
The location of this church is reported in the inventory of 1/15/1687 “in the spot called the Tower above Portanova, juxta the public road on three sides …”, in which the “turret” is to be found in the control tower, merged now at the Cerracchio house, which protected and defended the first city walls and inside which was the widening of the Forno Vecchio or Forno del Pianello, or still defined as Piazza di San Pietro, probably initially for use as a vegetable garden, and built close to of the city walls.

While it is stated that “the origins and the foundation are ignored, detailed descriptions, both inside and outside, of the Parish Church of San Pietro make us discover the origin of the artifacts currently present on the right side of the steps of the Church of the SS . Salvatore, where the element of the Madonna sitting with the child in her arms is missing. In fact, in the description of the high altar dedicated to St. Peter, it is reported “the sculpted figures are the Madonna seated with the child in her arms, with two angels above holding the crown, with a folder that says Porta Coeli and on one side the figure of San Pietro and on the other San Paulo ”.

The historian Daniele Perugini reports the word “intact” carved on the door of this Church (p.56 note 4) “with the elements of the Prince of the Apostles, the Nazzareno and S. Paolo” which for habitation is held by the sons of Francesco D ‘Addona –Montonto with the following inscription “Dominus Serafinus Paternoster, et Petrus Leonard. Frienani hoc opus fecerunt 1556 “(the writing is now partially legible).

On June 5, 1688, with the earthquake, the parish church collapsed. “The church is half waterfall, half above and half covered and has fallen” with the loss of the assets of the three chapels and the collapse of the bell tower “Le bells number two found themselves in the middle of the rubble of the stones “.
After the earthquake of 1688, various events determined the demolition of this parish church. 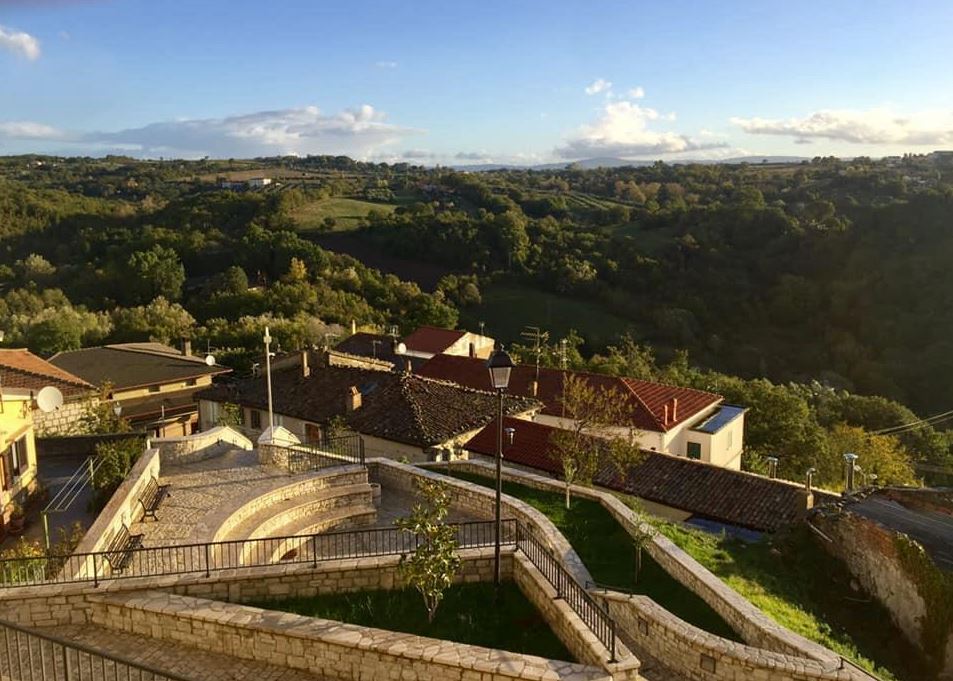