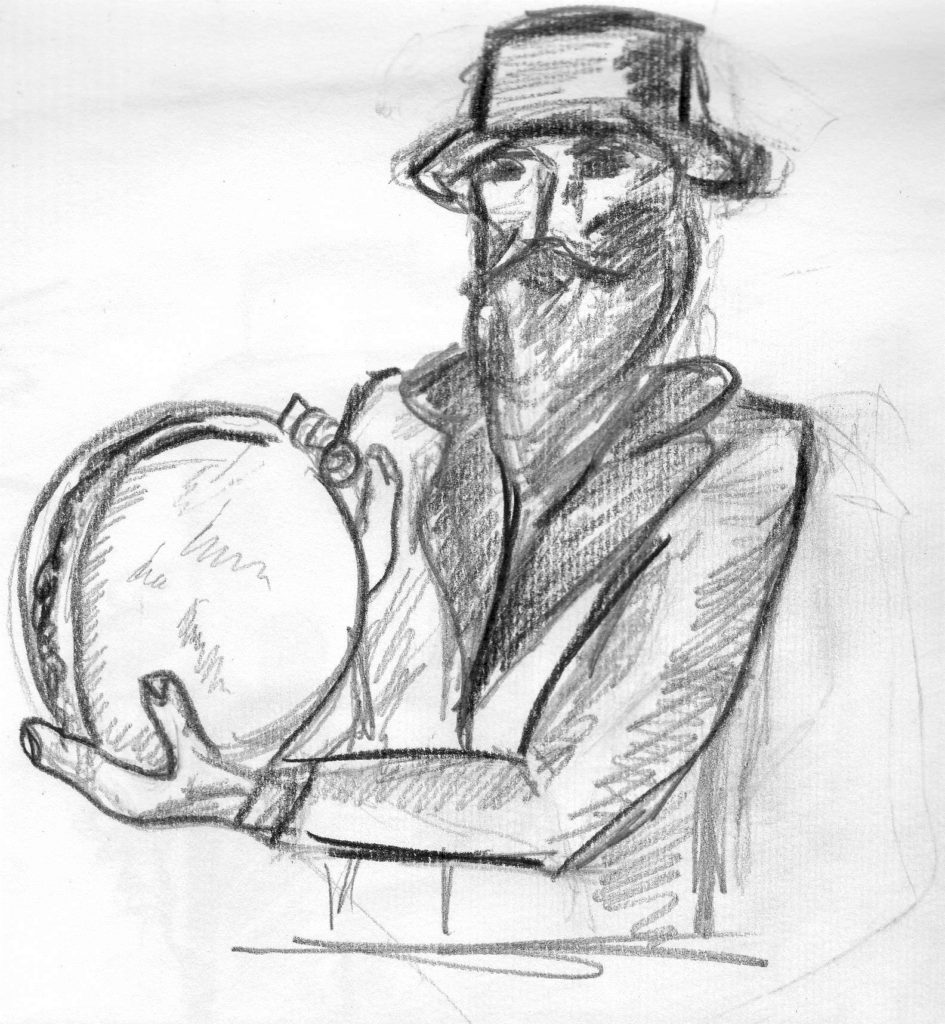 The ancient stories teller that in Pontelandolfo, there was once a rich Baron, owner of many farms and many cultivated lands; in part, the lands were dedicated to grazing herds.

The baron, whose name is not known, was very fond of playing cards. He loved a comfortable life , and, of course, he didn’t think he was looking to do anything else.

On the other hand, he didn’t need to work for living. When it was carnival time, was his daily habit to go to wineries and engage in games of tressette, his favorite game, with whoever he might happen to challenge.

He always woke up late in the morning because waking up early and getting out of bed before noon was trivial and he never did.

After coffee in bed and the ablutions of ritual he had dinner around two in the afternoon and then he left his palace to choose a tavern where he could spend happy time playing tressette and drinking more than necessary, without any worry in the world.

It was  carnival time,  evening, to be precise, and it was already late and in the tavern it was by candlelight, when the baron clung to one of his workers, named Pasquale, to play broom for two.

Pasquale was considered a champion, but the baron didn’t even joke. The winnings were distributed equally first by one and the other side and the height of the game was going to increase the fury of the players, very soon the atmosphere in the tavern overheated. A knot nurtured by customers, fascinated by the challenge had formed behind the two players and the spectators fascinated by the battle were cheering for one or other of the players.

Then, Pasquale, he began to get lucky.

The game lasted all night. At the first lights of dawn, the baron had lost two farms and a good pasture in the mountains kept, at that time, with alfalfa.

They had to push him away from the game table almost as he protested more faintly.

The next day, late, Pasquale went to claim the stakes.

The baron was a man of honor and kept the debts of the game, the farms and the pasture were by Pasquale.

But the baron’s cows in the high stable, accustomed to the old pasture, had no news of what happened in the tavern and they knew nothing of the change of ownership, immediately.

In the days following the change of ownership they went, as always to graze where they had more taste to eat grass. But the pasture now belonged to Pasquale.

When he found out, Pasquale was furious.

He was a man of character; he did not have this insult: he immediately went to the Baron, to the inn in the town, and demanded his:

“Your cows have come down to hunt my grass – he said to the Baron – and now it’s up to me some of the cheese you will have”.

The baron reacted to Pasquale’s arrogant request: “I will never give it to you. The earth belongs to you but the first grass that was there, in the field, even before winning, is still mine! ”

There were partisans for both sides. In short, it became big. The nobles of the time ruled the baron. The humble and the without family were immediately with Pasquale.

The Baron did not keep it and one night he sent a trusted servant to hang a form of cheese on Pasquale’s balcony as a sign of disfigurement, so that everyone could see.

It could not end like this and Pasquale did not pay the tribute. He thought about it, thought better of it, and as a shrewd man he was, he didn’t want everything to get worse.

He called some trusted friends and sent this message to the baron: “What is born of the game, in the game ends. See you on Sunday morning under the Piazza della Teglia.

The Baron was not expecting anything else.

He was a strong and precise man and the cheese match was a show that, they say, he never saw again.

The baron won the first set going. Pasquale the second back. This continued throughout the night and the days that followed.

Legend has it that the game is never finished and even today, during the nights of the Carnival, Pasquale and the Baron continues the game of cheese that will never end until this game remains alive in the heart, in the mind and in the soul of those born in Pontelandolfo.

And every year, the game is renewed.

During the carnival the strong guys from Pontelandolfo and descend plays “ruzzola” games to emulate the exploits of Pasquale and the baron in the ancient duel.

(Carlo Perugini, from the book “The legend of Ruzzola del Formaggio and other stories”.)